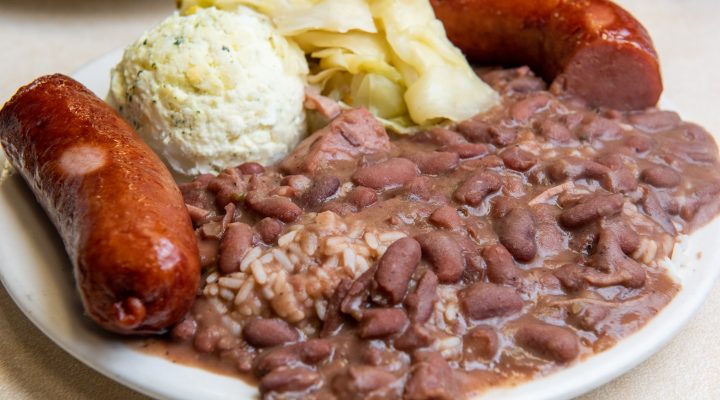 Mother’s Restaurant opened its doors in 1938 on Poydras Street’s “Restaurant Row”, situated between a thriving waterfront and the courthouse. Owners Simon and Mary (Mother) Landry and his large family cooked up po’ boys for lines of longshoremen and laborers, newspapermen and attorneys. During and after World War II, Mother’s became a local hang-out for “the few and the proud” – the U.S. Marine Corps. You’ll find plenty of locals rubbing elbows in line with visitors, veterans, politicians and movie stars. Mother’s remains true to its working class origins. Nobody gets treated better (or worse) than anybody else. As Jerry Amato says, “Everybody gets fed. Everybody comes back.”

Ingredients used in this Recipe

It’s true that if you soak your beans, your cooking time will decrease slightly -- but by how much really depends on the bean type; sometimes it’s just a matter of cutting 15 minutes off, sometimes it’s more.