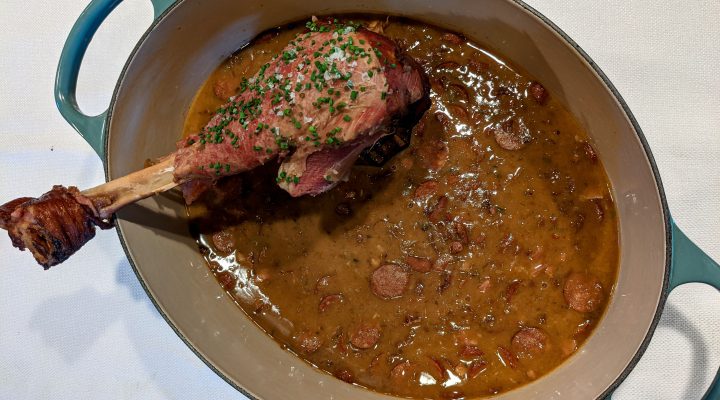 Chef Isaac Woo of Catahoula Catering in Denver, Colorado is a Louisiana native whose mission is to bring authentic, expertly prepared Cajun and Creole dishes to social events large and small. He is a graduate of Louisiana State University in Baton Rouge, which means he knows how to throw a really good party.

The USDA recommends that everyone (including meat eaters!) eat beans and peas due to their highly nutritious content.

Don't boil beans for more than a few minutes. Simmer them instead. Boiling beans for too long will make them too mushy.