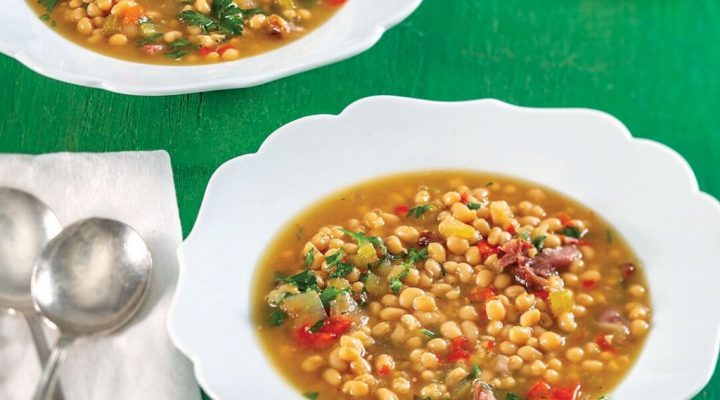 Notes: KITCHEN TIP: Cut Xs into the ham hock before adding to pressure cooker so that it’s easier to pull apart after cooking.

Beans were discovered in Egyptian pyramids built more than 4,000 years ago.

To add flavor, use high-quality no-sodium stock or broth instead of water when cooking beans.