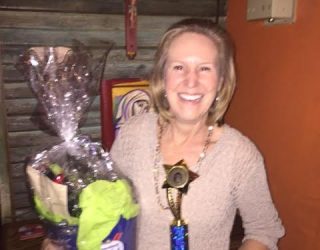 We had gone to the Soul Food Cookoff in Houston last year, and the pastor who runs the cookoff found out we were from Louisiana and knew I liked to cook. He asked if I’d cook this year and the rest is history! The Cookoff is held annually to benefit College Park Cemetery which was started in the 19th century for freed slaves and their descendants, and also to honor the memory of MLK. The event serves a great cause and it really was a lot of fun, with a very eclectic group of people both cooking and attending. I’m a native of New Orleans, so I knew I had to cook red beans and rice using Camellia Beans. My secret recipe beat out the competition and I was granted the Chef’s Choice award and First Place…Nothing beats red beans and rice from a NOLA native!

If you're using seasoning meat for flavor (seasoning meat can be pretty salty), it's best to wait till your beans are finished cooking before tasting and adding more salt. You might just find that none is needed.