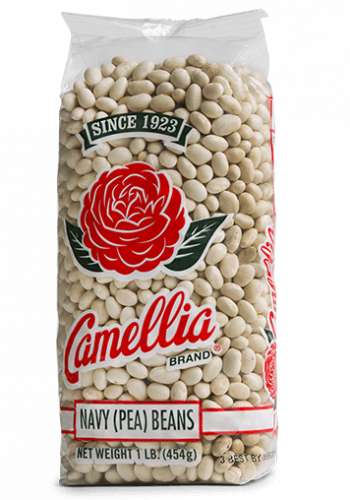 Camellia Brand Navy (Pea) Beans are white and hold their oval shape even when fully cooked to tenderness. When it comes to Southern-style or Boston baked beans – they are The Bean. The tangy Worcestershire and sweet brown sugar are the perfect complements to this firm, mild tasting legume. Or add them to soups and stews of any flavor or cuisine. Navy Beans are easily interchangeable with Camellia Brand Great Northern Beans. Like all of our beans, Camellia’s Navy (Pea) Beans are non-GMO, gluten-free, and meet the “Hayward Standard” – the name our growers gave our bean quality standard – which exceeds the top USDA requirements. Try some today – we think you’ll taste the difference.

Why “Navy”? Because of their super-charged nutritional value, low cost, and long storage life, in the 19th century the U.S. Navy began issuing these beans as standard ration for sailors on their warships. Baked navy beans are so popular in the historic East Coast city of Boston that it’s called “Bean Town.”

In Washington, D.C., in the restaurant of the U.S. Senate, Senate Bean Soup has been on the menu every day since about 1903, as the story goes. 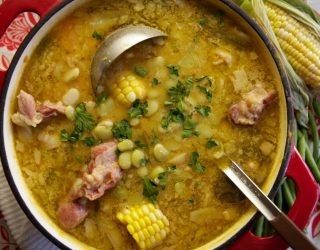 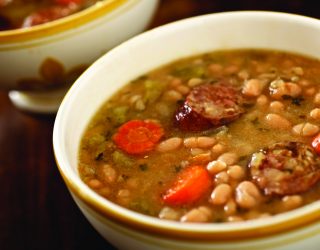