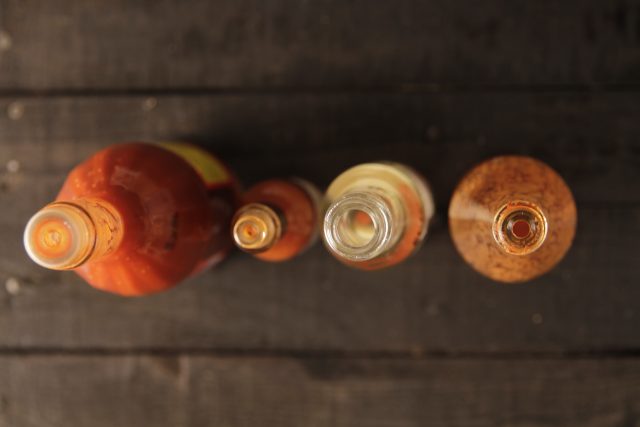 What would a plate of New Orleans red beans and rice be without hot sauce?

That divine mixture of chili peppers, salt and liquid is a taste we just can’t live without! The pungent chili heat and tart vinegar profile of many Louisiana-style hot sauces add piquant flavor and contrast to thick, creamy red beans, and most people in New Orleans don’t eat red beans and rice without it. Do you add hot sauce when you’re cooking beans? Some chefs say the vinegar in hot sauce can prevent the softening of beans during cooking – and some don’t – but you can’t go wrong when you shake some of your favorite hot sauce on a plate of red beans at the table.

Bring on the heat.

Also called pepper sauce or chili sauce, hot sauce is a mixture of some kind of chili pepper (and there are many kinds) with, most commonly, vinegar and salt, plus a variety of other possible ingredients like tomato, garlic, fruit, ginger or sugar. The intensity of the “heat” in a hot sauce, which can vary depending on the kind of chili pepper, is measured by the Scoville Scale. As an example, Tabasco’s classic hot sauce measures 2500-5000 SHUs (Scoville Heat Units) on the Scoville Scale, while another local favorite, Crystal hot sauce, measures 2000-4000 SHUs. 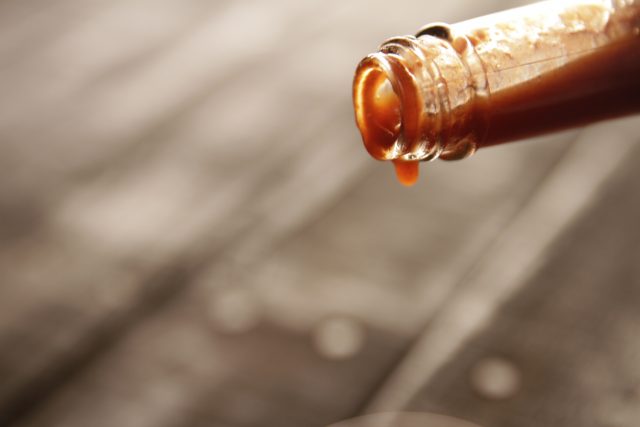 Peppers of all varieties (as well as beans) were introduced to the Old World via early explorers to the Americas, who gathered seedling plants and specimens and distributed them worldwide. Archeological digs of southern Mexico, the land once inhabited by the Aztecs, unearthed evidence of chili peppers being eaten as far back as 7,000 BC. and domesticated centuries later. The Aztecs made an early hot sauce by blending peppers or pepper paste, herbs and water. As early bean varietals closely related to red kidney beans were native to the same region it is logical that they might have ended up in the same bowl – to rather delicious effect, no doubt! Somewhere along the way, a bottle of sweet peppers and water sat long enough to ferment, the predecessor to the array of fermented hot sauces we commonly enjoy today.