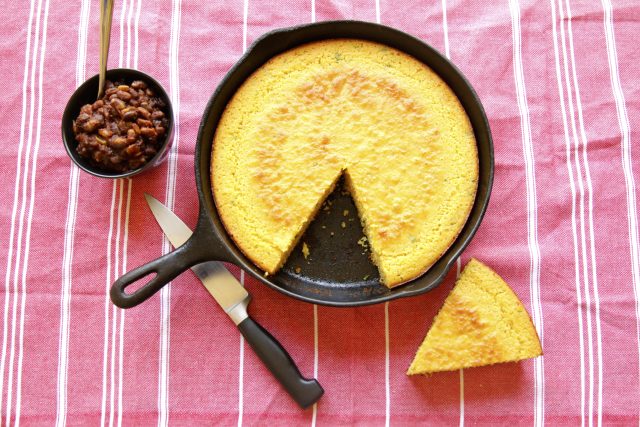 Do you have memories of crispy fried chicken cooked in an iron skillet? And Creole red beans or stewed lima beans and ham, made extra creamy and flavorful by the steady heat of a big, cast-iron dutch oven? Long ago in South Louisiana, beans and other delicious things were cooked to perfection daily in cast-iron skillets and dutch ovens, partly because iron was an inexpensive material for mass-producing cookware. But today, despite the plethora of alternatives, there remains a widespread adherence to cast-iron cooking. Why this loyalty to extremely heavy, unwieldy iron pots? It’s not just for the sake of tradition. It’s because cast iron cookware makes food turn out great. Here are three ironclad reasons why everyone should have some of this heavy metal their kitchen.

Cast iron is such a dense substance that it holds and radiates extreme heat very well, providing even temperatures for searing and pan-frying meat, seafood and vegetables and for slow cooking tough stew meats and beans. But there’s a catch: you have to fully heat it up. According to culinary technical expert Dave Arnold, “once a cast-iron pot is hot, it usually contains more thermal energy than other pans at the same temperature — a significant cooking advantage. Cast iron has unparalleled searing power because it has a lot of available thermal energy.” This quality comes in handy for skillet-frying chicken in oil at just the right temperature and oven-baking Lamb Shanks with Garlic & Butter Beans or blackberry biscuit cobbler in a covered cast-iron dutch oven. 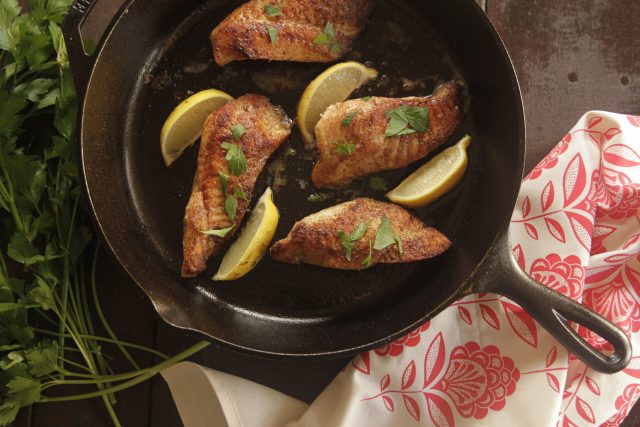 Anyone who cooks has probably tossed out at least one scratched-up “non-stick” frying pan. Meanwhile, your grandmother’s seasoned cast-iron skillet is the original non-stick cooking surface that’s been hiding in plain sight all along. Keep the skillet properly seasoned, make sure it’s very hot before beginning to cook, and your food’s sticking days are over. If the iron skillet or pot does start to stick or is looking a little rusty, do you throw it away? Of course not. Just season it properly and get back to cooking.

3. Tradition Is Important (And Fun!)

We treasure family recipes and cooking methods, so why not hand down the timeless iron cookware, too? Iron cookware is virtually indestructible, so younger generations can always rediscover rusty old family pots and restore them with a bit of elbow grease, oil, and a hot oven. The iron pot is a symbol of family continuity, of hearth and home. The old Cajun word for a traditional iron cook pot is “chaudière,” and according to historian Amanda LaFleur’s book Tonnerre mes chiens!, an old French term for getting married is “faire chaudière ensemble,” meaning to make meals together with an iron pot. If you didn’t inherit cast iron ware from your family line, you’re still in luck: beautifully crafted new iron pots and lovingly refurbished old ones are easy to find. 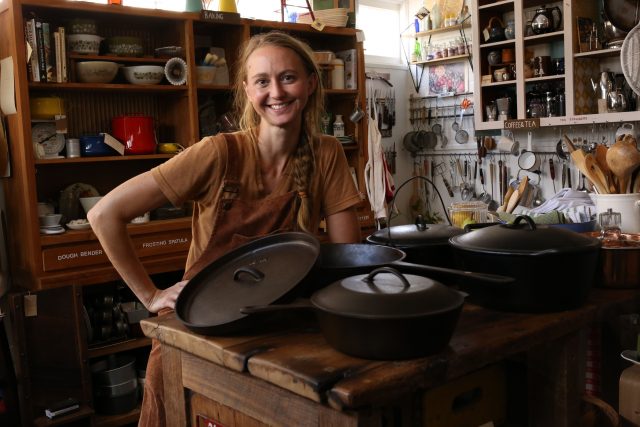 Betsy Lindell owns SEASONED, a vintage cookware shop in New Orleans that has become a hub for cast-iron enthusiasts in the metro area.  Betsy often recommends iron cookware to “nervous cooks” because she finds it very forgiving – a heavy iron skillet that’s radiating high heat helps one stay anchored in the cooking process and cook slowly, without burning, to release the hidden flavors in foods. After much experimentation, Betsy has not only perfected her cast-iron cooking techniques but also can clean and season a rusty iron pot like a pro. (Her shop offers professional seasoning services; bring them your rusty iron pot and they’ll return it slick, shiny and beautiful.) As long as it’s seasoned when needed, Betsy says, an iron pot or skillet is low maintenance: “If you take care of your iron cookware, it will take care of you.”

How to Restore a Rusty Iron Pot 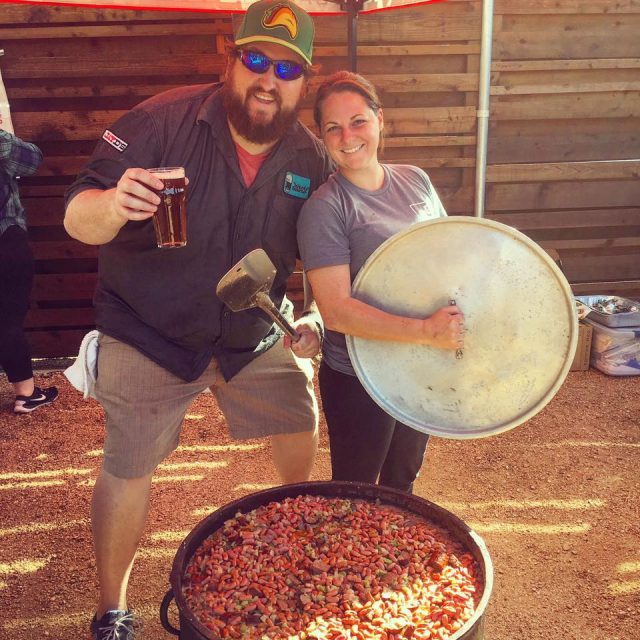 Chef, iron cookware aficionado and tailgating expert Jay Ducote says,“I love cooking red beans and rice outside in large cast-iron cauldrons… We soak the beans overnight, then cook them in the water that we soaked them in.”