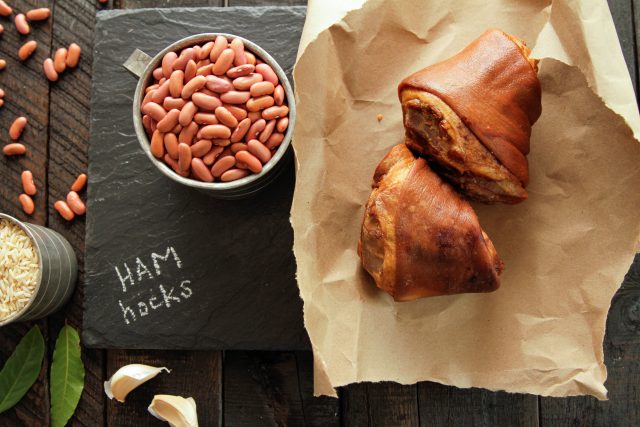 Like so many delicious Southern culinary traditions, the use of ham hocks came about as a result of hard times. While the wealthy viewed knobby, gelatinous ham hocks as undesirable, laborers in the fields and cities gladly used the marrow-rich bones to flavor and enhance beans, greens and broths. Hocks were, and still are, cured with salt and smoked — serving to enhance flavor while preserving shelf life. And the beloved practice of including a ham hock in a pot of simmering red beans is a must for many today.

Over the years, Southerners have come to a universal appreciation for the rich, porky flavor that ham hocks impart at a thrifty cost. In fact, cooking red beans with a ham hock truly offers multiple advantages. First off, ham hocks are collagen-rich, so when slow cooked with beans and liquid, the collagen and fat slowly dissolve, adding a silky texture along with rich, smoky flavor. Ham hocks also add a wonderful saltiness, so be sure to wait till your beans have finished cooking before adjusting salt to taste. Usually sold in pairs that are pre-weighed and wrapped near your grocery’s butcher case, ham hocks are inexpensive, allowing you to add meaty flavor to your beans for less. And finally, at the end of cooking, you’ll want to remove the ham hock, pull it apart, chop up the tasty little pockets of meat by the bone, and add that meat back to your red beans – because those wonderfully tasty bits will make your red beans even more delicious.

Here are some of our favorite red bean recipes that feature ham hocks: 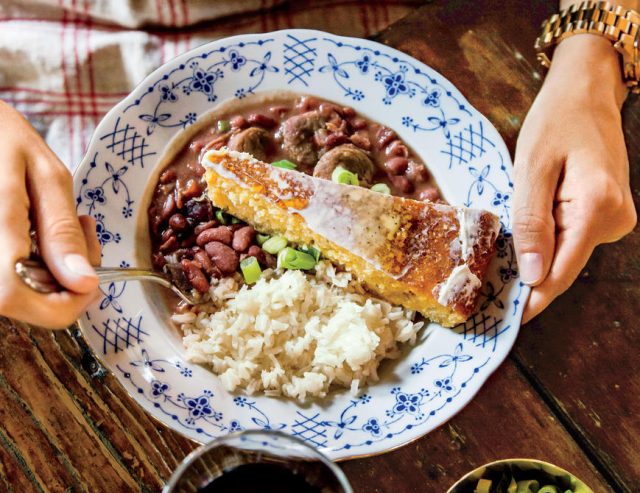 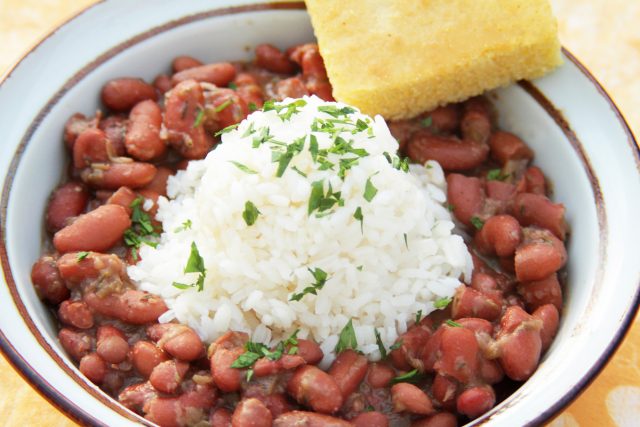 And check out quotes from those who wouldn’t think of cooking red beans without them:

“Boil the smoked ham hocks first to make a smoky broth, and use that broth for the beans.”
Southern L.

“A Chisesi ham hock and a healthy dose of Tabasco.”
Randy S.