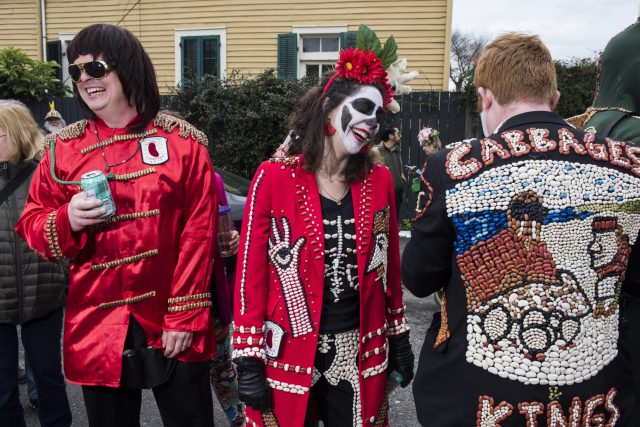 If you enjoy the Red Beans Parade – that legume-loving marching club that celebrates the importance of red beans & rice and carnival every Lundi Gras – then you’ll surely have an appetite for its offshoot, the Dead Beans Parade. Devin DeWulf started the Red Bean Parade in 2008, incorporating elements of a second line and Mardi Gras Indian tribes into a walking parade which takes place – naturally – on a Monday. Monday has traditionally been the day New Orleanians cook red beans and rice, so Lundi Gras was a natural fit. The krewe’s philosophy is simple. It’s about meeting and socializing with other creative types while celebrating New Orleans’ quirky culture. Members – known as “beaners” – meet on Monday nights to work on their bean-adorned costumes, have a drink, and eat red beans. The elaborate costumes are a point of pride to the group. The first parade consisted of about 20 members, but today it boasts more than five times as many. 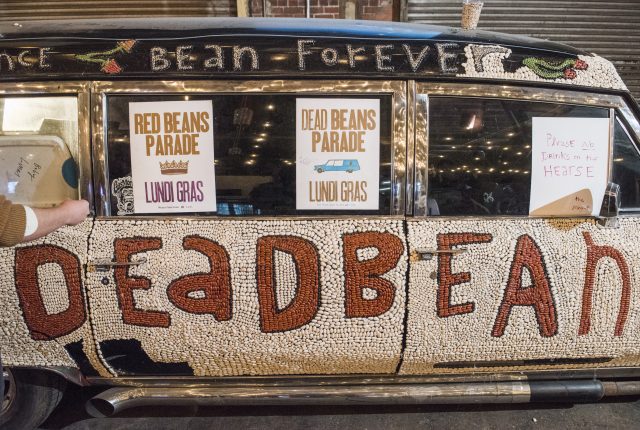 The Krewe of Red Beans has always had marchers who costume as skeletons – also known as “Dead Beans” – as well as those whose costumes are tributes to celebrities who’ve died in the preceding year. So in order to grow the popular krewe in a way that keeps the marches small and intimate, it made sense to create a separate group called the Dead Beans. The 2022 Dead Beans will second line from the Bayou St. John area, meander through Mid-City, and meet up with the Red Beans Parade in Tremé. 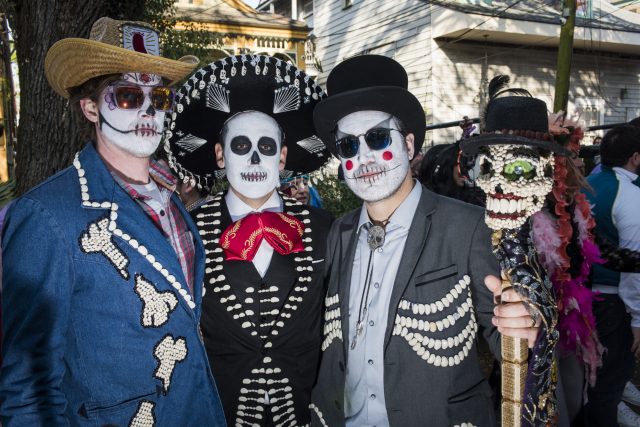 The 2022 Dead Beans Start at 2 PM at the Pitot House on Moss Street, along Bayou St. John

The 2022 Dead Beans parade will be led by the Panorama Brass Band, Bon Bon Vivant band and other special guests – and, taking a cue from the Red Beans Parade Beanmobile, a 1969 Cadillac hearse will join the marchers, lovingly coated in unique bean designs for all to see. Starting at 2 pm at the Pitot House on Bayou St. John, The Dead Beans Parade will pass Pal’s Lounge, Club Caribbean, The Candlelight Lounge, and Treme’s Petit Jazz Museum, which makes these great places to catch the parade. Both the Red Beans and Dead Beans parades end up at the same place, meeting at about 4 PM in Tremé. Got kids? The Dead Beans aren’t scary – they’re fun! Carnival-goers of all ages are welcome. 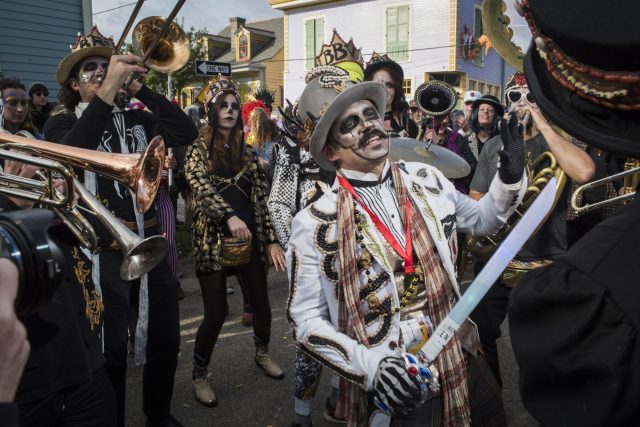