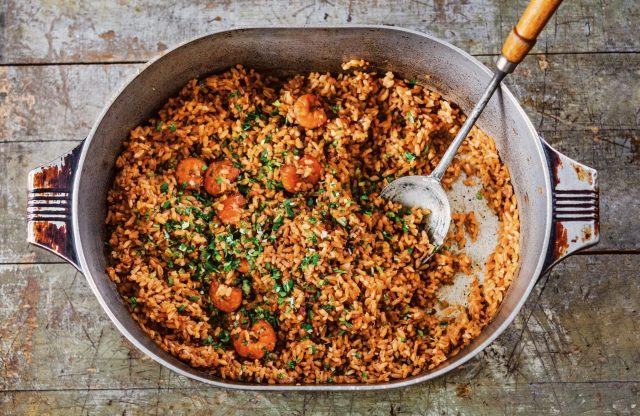 There are certain types of cookware that inspire an almost religious devotion among people for whom the kitchen is a sacred space. There are the believers in the magic of copper pots and pans. There are those who swear up and down by ceramic cooking vessels. There are the collectors of cast-iron cookware. And then there are perhaps the most devoted of all: the disciples of Magnalite® cookware.

Magnalite fandom has been an American tradition for more than 85 years, ever since the Wagner Manufacturing Company of Sidney, Ohio, poured the first cast for WagnerWare Magnalite (Magnalite, for short) in 1934. Made of a unique, durable aluminum and magnesium alloy, these shiny silver kitchen tools have a denser base and thinner sides than most of their cookware counterparts, allowing the pots and pans to first heat more evenly, then distribute that heat faster during the cooking process. (“A cast as thick as two silver dollars!” claims an original Magnalite instruction manual.) Magnalite lids also sport a vapor-tight seal, ensuring that the utmost amount of moisture is retained. Plus, Magnalite cookware can go from stovetop to oven – and refrigerator to stovetop – without missing a beat. Perhaps the most iconic of all the Magnalite pieces is the oval-shaped roaster, a pot that resembles a very stout rocket ship or chunky UFO and is the preferred gumbo-making vessel for many a grand-mère (that’s grandma, Cajun style) across South Louisiana.

A Beloved Connection to South Louisiana

Home cooks across the South – and in particular, Louisiana’s Cajun country – have a soft spot for Magnalite, and sets of the cookware are treasured family heirlooms passed down through generations. Chatty praise of Magnalite can be found everywhere in the South Louisiana online orbit, from local Facebook trading groups in Lafayette to Louisiana State University football message boards, where one poster recently gushed, “What a great cooking utensil! By far the best overall pots ever!” In an interview with Serious Eats about the “everyday sacred” ritual of making gumbo, Cajun cook and photographer Pableaux Johnson describes the comforting scene in his kitchen – one that is typical across Louisiana – featuring Pableaux’s own Turkey Bone Gumbo recipe simmering on the stove in “the oversize Magnalite roaster that’s gingerly straddling two pulsing blue gas jets.” 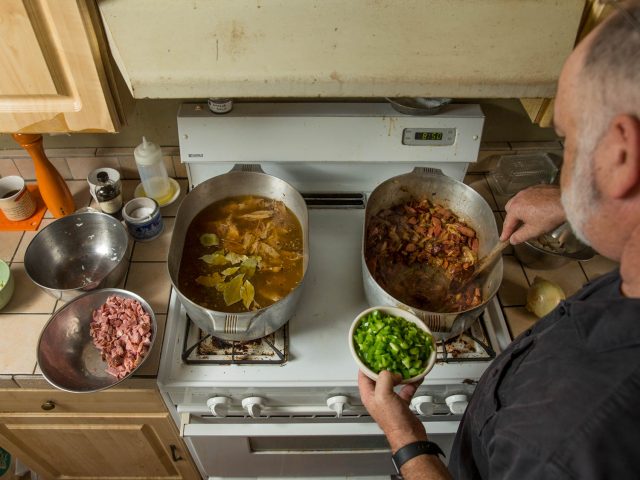 Professional chefs in Louisiana also swear by the cookware, particularly a line of sturdy, professional-grade Magnalite that was introduced in the 1970s. Cajun Chef John Folse’s cookbooks and recipes mention it repeatedly by name. A Magnalite pot used by legendary New Orleans chef Leah Chase is now on permanent display at the National Museum of African American Heritage and Culture in Washington, D.C. And Brenda Placide – the beloved chef-owner of Brenda’s Diner in New Iberia, Louisiana – in an interview with The New Iberian, recalls when actor Tommy Lee Jones asked her to come cook for him in Dallas: “I told him ‘Tommy Lee, I’d need to cook with my Magnalite pot, but I’m not driving and it is too heavy to carry on the plane. They won’t let me on with all my pots.’ He told he was going to send his chauffeur to pick me up.” Now that’s devotion to Magnalite.

This devotion is endearingly evident in the kitchen of New Orleans Chef Melissa Martin, a native of Terrebonne Parish (in the heart of Cajun country) who inherited and regularly uses her grandmother’s well-worn and beloved Magnalite soup pot. In her cookbook, Mosquito Supper Club: Cajun Recipes From a Disappearing Bayou, she explains that she kept this pot sitting on her stove for years “as a bit of comfort and a beautiful reminder of so many delicious meals” – and, we might add, many more meals to come. She shares the Cajun culinary traditions she learned from the women of her family at her restaurant, the Mosquito Supper Club, where she serves up platters of fresh Cajun food family-style to small groups of diners in a repurposed historic home in Uptown New Orleans. She uses her Magnalite pot to make her Monday’s Red Beans and Mosquito Supper Club White Beans recipes, both of which can be found in her cookbook. 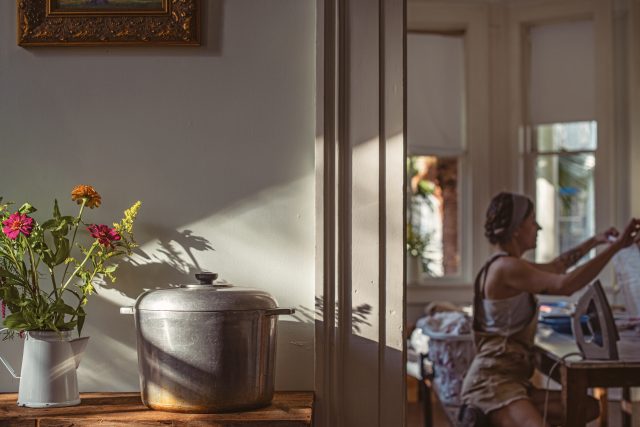 Cooking Gumbo and Beyond

A big gumbo might be the first dish many people think of when someone whips out a Magnalite roaster, but these are kitchen tools that can cook just about anything: from pinto beans with ham hock, to catfish sauce piquante, to shrimp jambalaya, to red beans and rice. Magnalite is well known for its ability to both sear meat and help ingredients and flavors naturally mingle, which makes it a natural for dishes like white beans with sausage, smothered pork chops and a big pot of jambalaya. Some would argue that there are few things that a Magnalite vessel can’t do.

Like any beloved kitchen tool, Magnalite also has a legendary list of “best practices” for keeping the pots in tip-top, shiny shape. One Magnalite owner’s grandmother swore by cleaning the pots first with a healthy rinse of Coca-Cola, then scrubbing with lemons. Another Magnalite fan agrees that the Coke-and-lemon process works, but that a person should add in a good overnight soak in water to keep the pots and pans looking like new. An instructional YouTube video for how to properly “season” a Magnalite pot uses tissue paper to spread oil around as a conditioner, noting that using paper towels can leave small fibers behind. “I love my Magnalite pot, and I can’t wait to get a second,” the YouTube instructor professes at the video’s end. The attention to detail when caring for Magnalite is almost reverent.

Today, new Magnalite is no longer produced by the Wagner Company or manufactured in the United States. If you weren’t lucky enough to inherit a set of Magnalite from your family, you can join the many Magnalite purists who seek out the original (and, in their minds, better) versions at flea markets, garage sales and trade shows. Etsy and eBay also offer a treasure trove of old-school Magnalite items for sale, with prices ranging somewhere between $60 and $150 depending on the item and just how covetable it is. There’s also a Mamou, Louisiana-based company, McWare, which produces cooking vessels that are decidedly similar to Magnalite – same aluminum build, comparable oval roaster shape, for a similar price point. Are they all worth it? That’s for each individual cook to decide, but one thing is for sure: a perfect pot of red beans is priceless.