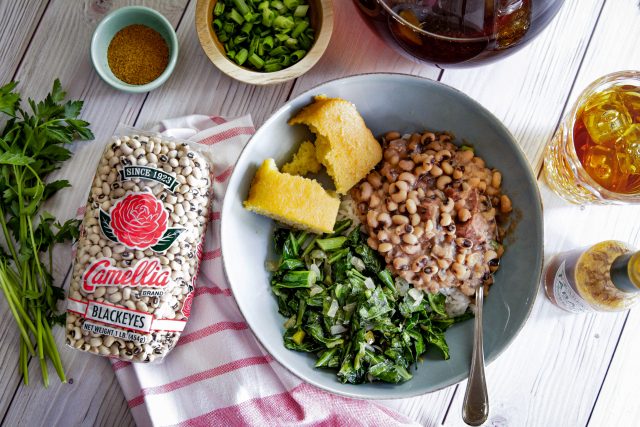 When the clock strikes midnight and a fresh year begins on January 1, superstitious eaters across the South have one thing on their minds: making blackeye peas. From Kentucky down to Texas, feasting on blackeye peas is a New Year’s Day tradition that’s both delicious and mythical, promising a year of good luck and prosperity to those who gobble down a bowl on the inaugural day of the year. Cooked simply for the occasion with a ham hock and paired up with collard (or mustard, or turnip) greens to symbolize (what else?) dollar bills, Southerners know that the blackeye pea is a much-storied, potentially-magical bean that kicks off every new year with not only a sense of good fortune, but a beloved tradition. 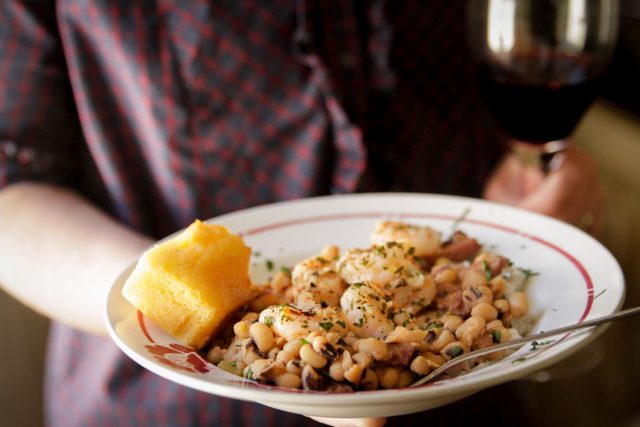 New Year’s aside, it’s a bean for all seasons.

However, people across the South don’t just dine on blackeye peas on New Year’s Day. In truth, Southern family cookbooks and recipe collections are typically chock-full of tasty blackeye pea recipes that are enjoyed year ’round.

Blackeye peas – also known as cow peas for their signature black-and-white coloring – are part of a family of field peas that have long been grown across the South, where they thrive in the (often merciless) summer heat. Field pea cousins like purple hull peas and speckled varieties with names including “Red Ripper” and “Polecat” are frequently found at farmers markets during the warmer months, and are snatched up by in-the-know home cooks who appreciate field peas for their quick, no-soaking-required cook time, ability to marry well with a variety of flavors and numerous health benefits (Fiber! Zinc! Magnesium!).

By popular demand, from ancient Greece to greasy spoons.

The blackeye pea, though, is by far the most popular of the bunch, not just in the United States, but around the world. “Black-eyed peas are native to Africa, where they have been a popular food since at least the Middle Ages. Blackeye peas are believed to have been first domesticated near Africa’s Lake Chad in what is presently northeastern Nigeria and northern Cameroon,” writes Adrian Miller in his 2017 book, Soul Food: The Surprising Story of an American Cuisine, One Plate at a Time. “Through trade routes, black-eyed peas spread in all directions, showing up on tables throughout Europe (served by the ancient Greeks and Romans in particular) and in India.” 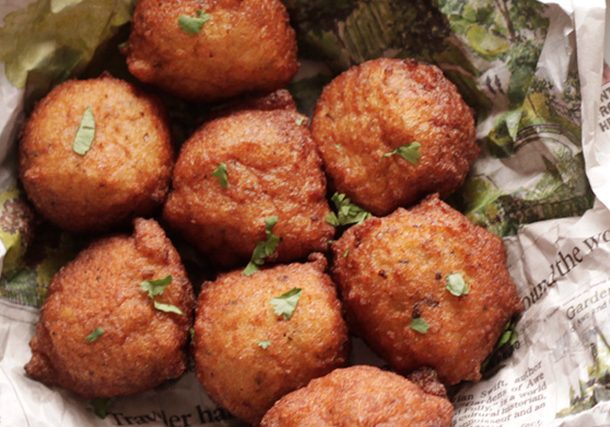 In West Africa blackeye peas were mashed and wrapped tamale-style, ground into a flour, or made into fritters and fried. The smashed bean preparations and whole-bean recipes eventually traveled to the American South, becoming staples of American Southern cuisine. In corners of Virginia, mashed blackeye pea cakes made with the addition of bacon are still a regional favorite, while the South Carolinian Hoppin’ John – which combines blackeye peas with rice and some form of fatback or bacon – is the standard-bearer of blackeye pea dishes in the Lowcountry. Simple preparations of the peas are found more often than not, with the highly coveted and delicious liquid the beans produce (“pot liquor” or “likker”) becoming every bit as desirable as the beans themselves. 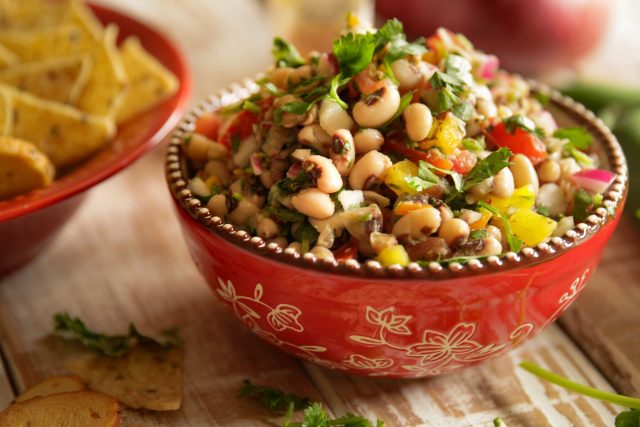 In high demand for curries and “caviar.”

And for such a small legume, the global reach of blackeye peas is vast. Cyprians often create a light, bright bean salad by adding olive oil, lemon juice and garlic to the blanched blackeye peas. Indonesians prepare them as part of a spicy red curry dish, and blackeyes are a favorite ingredient across India, where they’re often boiled as a snack or cooked in spicy coconut curry. In Vietnam, blackeyes are used in an uber-sweet dessert combined with coconut milk and sticky rice. There’s even the All-American  dish called “Texas caviar,” which has nothing to do with fish eggs and, instead, finds blackeye peas mixed together with chopped vegetables in a vinaigrette. 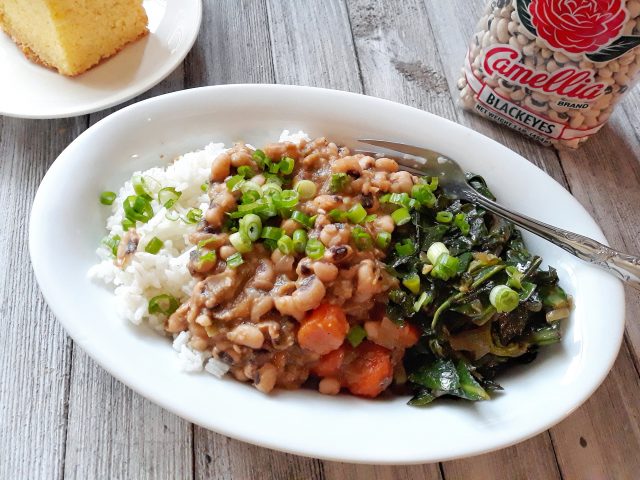 Eating a heaping helping of blackeye peas is assuredly a strong way to shore up good fortune for a new year, but why not keep that luck going year-round by making them a pantry staple? No matter how you plate it – whether going classic with a blackeye pea stew or getting inventive with a blackeye pea pizza – these lucky little legumes are a healthy, historic way to make mealtime a little more interesting.

Check out all of our delicious blackeye pea recipes for New Year’s and any day of the year.